Éloi Fortier, shipwreck hunter: those forgotten by the river | Fall into the maritime past ★★★ Who was Captain Joseph Dumoulin really? And under what circumstances did this browser really disappear?

Tracing the thread of his grandfather’s story, Yves Dumoulin swims in troubled waters. A taxi driver with limited means, he must seek the support of Éloi Fortier, a shipwreck hunter scouring the river, to put all the pieces of the puzzle together and shed light on his ancestry. A research team is thus set up to probe the shallows of the St. Lawrence, at the presumed place where Dumoulin’s schooner would have sunk. But obviously, she is not the only one to have sniffed the track…

Historian and lecturer Samuel Côté, who has hosted several television programs on the secrets of the river, has written a first novel in which he has injected all his passion and knowledge relating to maritime investigations. These are palpable throughout the story, despite some pitfalls; we expected more powerful and disconcerting revelations, and some details leave the reader a little skeptical, like this notebook still readable after having stayed in water and then underground for decades. The characters, the framework and the elements on the maritime environment distilled by the author remain no less sympathetic. And since it seems to be the first volume in a series, it’s not too late for a boost in order to inflate the subsequent scenarios. 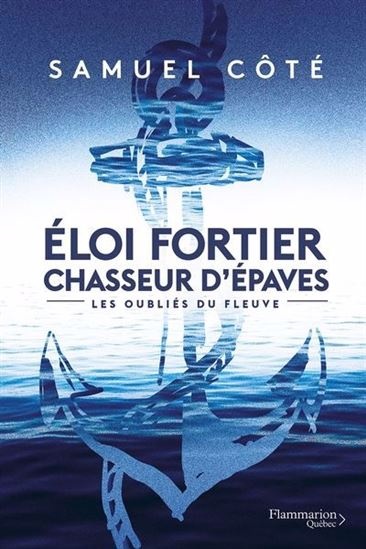 Éloi Fortier, shipwreck hunter: those forgotten by the river