Share
Facebook Twitter LinkedIn Pinterest Email
After the one deployed in Chambéry at the beginning of 2020, Hympulsion inaugurated in Moutiers the second hydrogen station in the Savoie department on the territory of the municipality of Moûtiers.

Armed arm of the Zero Emission Valley program aimed at creating a network of hydrogen stations in the Auvergne Rhône Alpes region, Hympulsion is accelerating its deployments with the opening of a new station in Savoie. Labeled and financed by Europe and ADEME, it is located in Moûtiers. This is the second station in the department after that of the agglomeration of Chambéry, inaugurated in February 2020.

Built by Atawey and powered by an off-site electrolyser, the Moutiers hydrogen station was designed to accommodate both light and heavy vehicles.

Capable of delivering both 350 and 700 bars, it has a distribution capacity of 100 kg of hydrogen/day, expandable to 200 kg/day if demand is met. A total of 2.5 million was invested in the facility.

Designed to accommodate both light and heavy mobility, the distribution station will deliver both 350 and 700 bars. Its compression capacity is 100 kg/d expandable to 200 kg/d. The construction of this second hydrogen station requires an investment of around 2.5 million euros. 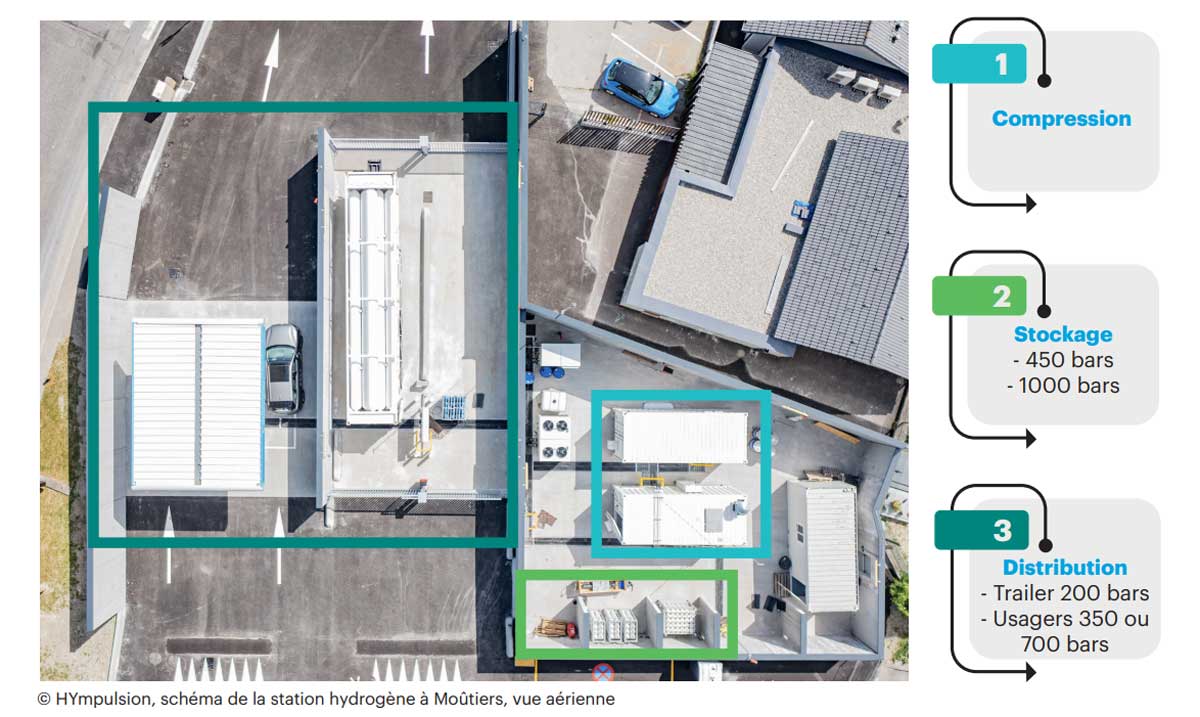