For five years, Justin Laramée worked tirelessly to gather information on this industry, which is essential to the Quebec economy, but also to the vitality of the regions. “The most important project of my life”, launches the actor, co-director and playwright from the first minutes of the show.

His quest led him down rocky paths not often frequented by theatrical people. He interviewed dozens of people to understand the harsh reality of producers, but also to demystify the laws of the market that impoverish them.

This “centre-left Montreal artist, unable to grow more than three tomatoes in his garden in Villeray” (according to his stage companion, musician Benoît Côté), has come up against daunting concepts, such as supply management, classes of milk that influence the selling price, the devastating consequences of the new free trade agreement with the United States, the sterile quarrels between the various Canadian services that are fought on the backs of producers. Vast, vast subject that of Milk run…

The man of the theater did not understand everything at first, but he was stubborn, asked questions, then others still, to offer the public a highly digestible play. He manages to distill just enough humor into his remarks (including a good dose of self-mockery) to avoid overwhelming his audience. Despite the density of the subject, the public never loses the thread.

Justin Laramée also uses with ingenuity excerpts from interviews that he has recorded, sometimes talking with university specialists, sometimes with a federal Minister of Agriculture in the language of wood or a widow whose husband, owner of a small dairy farm, ended his life (a passage that stirs strongly).

The voices of these speakers come to us through a dozen loudspeakers occupying the stage and which Justin Laramée judiciously moves according to his conversations. He also finds in Benoît Côté, the musician who accompanies him on stage, an enlightened interlocutor: the latter having inherited the family farm with his brother, he has a more pragmatic vision of agricultural reality than his companion.

Inevitably, those who have seen I love Hydro by Christine Beaulieu will recognize a kinship in it (Justin Laramée also makes a few nods to this flagship piece of Quebec documentary theatre).

Gold, milk run supports the comparison very well. And where the studious Christine Beaulieu went ahead out of a desire to circumscribe the issues associated with hydroelectricity, Justin Laramée is fueled more by indignation. We feel him at times overwhelmed by what he finds, even furious at the stupidity of the system. When his blood boils, one cannot help but be indignant too. And when the actor and father embarks on a lucid examination of conscience, no one can avoid his own reflection in the mirror.

In short, milk run upsets, shocks, denies, dare we say. Because as consumers we need to be smarter. It’s the only hope if we want to save what’s left of our dairy industry.

Note: there are few tickets left (but at the time of this writing, there are still some) for the performances at La Licorne. Note, however, that the show will be the subject of an extensive tour in some thirty theaters in Quebec. Dates will be announced shortly at www.rundelait.com. 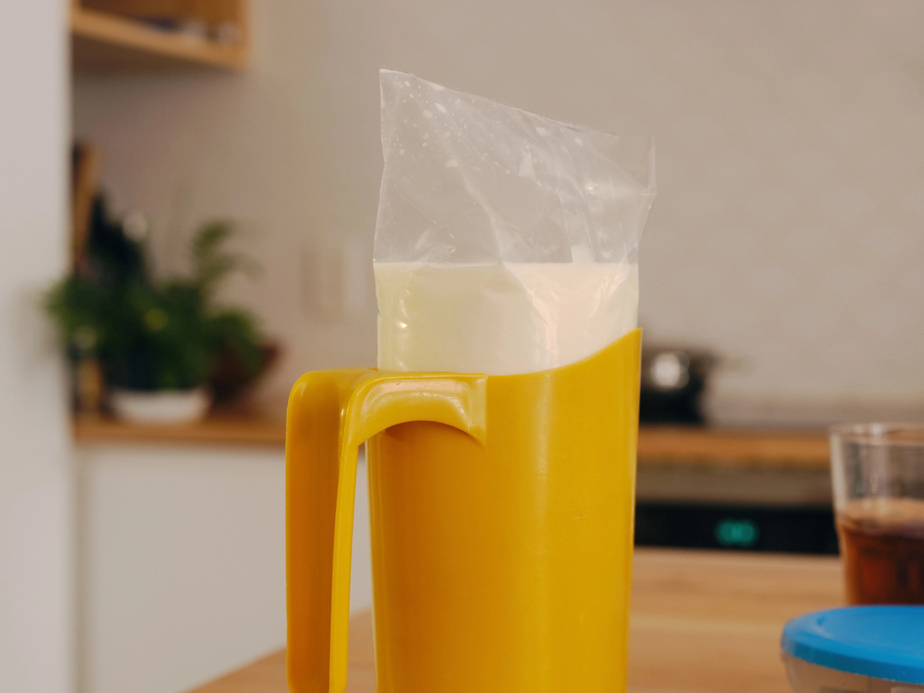