Marcel Gamache’s universe speaks to us of a bygone era. The screenwriter, who died in 1995, wrote Created Basil, Symphorian, The Brilliants… Hit TV series. Sitcoms carried by a popular, good-natured, almost improvised humor. With her mother-in-law jokes, very far from the gags and comics of today which surf on the controversy.

Other times, other manners. So why produce Symphorian in the theater in 2022? Quite simply for the pleasure of nostalgia, that of a time when laughter was synonymous with carelessness. And where you could laugh at anything with anyone. If you’re not worth a laughing stock, you’re not worth much, as the saying goes.

This is why the return of Symphorian in 2022, orchestrated by Pierre Huet and Louis Saïa, “according to the characters, the imagination and the scenarios of Marcel Gamache”, is a fairly successful undertaking. Of course, the production on display at the Théâtre du Vieux-Terrebonne, before a tour in Quebec, is aimed at a targeted audience… And a very uniform one.

As soon as the curtain rises, the spectators discover with joy the decor of Jean Bard. The designer has recreated the pension from the TV series as it is, with the wooden staircase, the front door in the center, the stained glass windows, etc. The costumes and props (from Steinberg’s bag to the wall-mounted telephone) also transport us to the very beginning of the 1980s, where the TV series ended.

The characters are as identical as the setting: the good concierge father of 14 children, Symphorien, with his little mustache; his silly brother Ephrem, with his many questions and his failed jokes; Madame Sylvain, with her curves and her stinginess; Berthe L’Espérance, the spinster with enthusiasm as prompt as her bad faith. Nothing has changed !

The success of the company is therefore based on the talent of the performers who defend characters forever colored by the memory of legendary actors. The Gilles Latulippe, Juliette Huot, Jean-Louis Millette, Denis Drouin… But, and here is the feat, most of them manage to appropriate their role… without making us forget the actors of the sitcom of yesteryear.

François Chénier is stunning as a Symphorian! Martin Héroux, Éphrem, is also incredibly similar to that of Fernand Gignac. The scene where the two brothers go jogging is memorable!

Also in great shape, Nathalie Mallette, Michelle Labonté and Anne-Marie Binette offer a memorable party of boozy girls. Stephan Côté accurately embodies four secondary characters, including a libidinous priest. On the other hand, the talented Patrice Coquereau, who plays the indescribable Oscar Bellemare, among others, seemed nervous and hesitant to us on the evening of the media premiere.

The play, staged a little softly by Pierre Séguin and Saïa, is somewhere between a tribute and a new proposition. It’s a production to see, if you like to laugh heartily… And remember the time before. 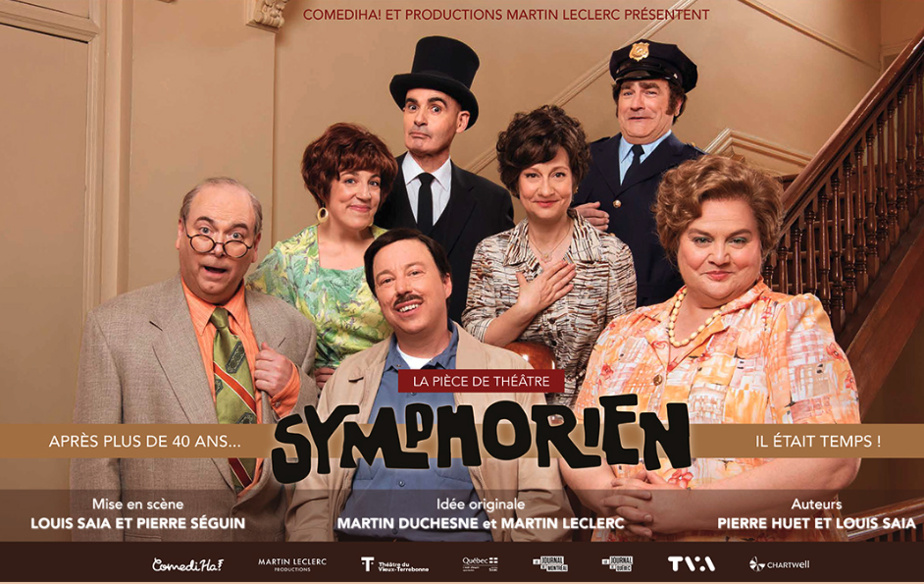 Based on the work of Marcel Gamache

Old Terrebonne Theateruntil August 14, then on tour in Quebec from September 10