The Distant Barking of Dogs | Grow under the bombs When he woke up on February 24, documentary filmmaker Simon Lereng Wilmont immediately had a thought for the Ukrainian family he had followed for a year, in 2016, in Hnutove, a village which was then located on a line front of the Donbass.

In the weeks before the recent Russian invasion, the situation had become extremely tense in this hamlet in the Ukrainian province of Donetsk.

Simon Lereng Wilmont had finally persuaded one of the protagonists of his documentary The Distant Barking of DogsAlexandra Ryabichkina, to flee the village, she who had hitherto clung to her house, despite the bombs.

The director had booked train tickets for Alexandra and her grandson Oleg, a question of sheltering them. Bad luck, their train to western Ukraine was to leave on February 24… in the afternoon.

That morning, upon waking up, the Danish documentary filmmaker was therefore initially delighted at the idea that Alexandra and her grandson Oleg would soon find themselves in safety, after having lived in a war zone for eight years. Then he checked his emails. “It’s hell here, pray for us,” begged Alexandra Ryabichkina.

At dawn that day, Vladimir Putin launched his troops to storm Ukraine. And Hnutove found himself more than ever in the heart of the battle.

“We then lost contact with the family for a few days,” says Simon Lereng Wilmont, whose documentary will be screened in Montreal on July 11 as part of the Sous les étoiles festival.

The filmmaker was worried sick for this grandmother and her grandson, whom he had followed when the latter was only 10 years old. In his award-winning film, we see Oleg, who lives alone with his grandmother, trying to live a fairly normal childhood as the war in Donbass drags on.

A few days after the outbreak of the February 24 invasion, Alexandra finally gave signs of life: she had managed to leave Hnutove for a big city where, she believed, she would be safe.

Lack of pot, again. This city was… Mariupol, a martyred city which was to be reduced to ruins by the Russian army.

We then lost contact for a long time and feared the worst.

But that was without taking into account the resourcefulness of this extraordinary grandmother. Alexandra and Oleg managed to slip behind the lines of the Russian army besieging Mariupol. They returned to Hnutove to find that their village was now occupied by Russia, like much of Donbass. And that their house served as a base for Russian soldiers.

Another rescue operation, successful this time. Oleg, his grandmother, his aunt Alyona and his cousin Yarik now live in a town near Kyiv. Oleg, now a 16-year-old teenager, has just finished the school year.

And paradoxically, for the first time since the start of the Donbass war, he and his relatives are living without fear.

“The most incredible thing they told me is that for the first time since 2015, they manage to sleep at night,” says the director, contacted in Denmark.

A childhood on the front line

The Distant Barking of Dogs follows Oleg and his grandmother as they attempt to come to terms with the challenges of a low-intensity, but nonetheless deadly, conflict in a village deserted by three-quarters of its inhabitants.

We see Oleg taking refuge while a heavy fire sets the horizon ablaze or carrying soup to his grandmother when she falls ill.

We see him assess the danger of a potential swim, explain the war to his younger cousin. We see him laughing and playing. And also, sometimes, confess that he is afraid.

What fascinated Simon Lereng Wilmont during filming, which spanned more than a year, was seeing how children manage to adapt to war and preserve the magic of childhood, despite everything. .

“It’s one of the best things I learned while making this film,” he says.

Like all his Ukrainian friends, he never imagined that this small-scale war would explode into a full-scale conflict. “No one imagined that Putin would want to invade all of Ukraine. »

If Oleg seems to have emerged almost intact from these eight years of conflict, it is largely thanks to his grandmother, underlines the filmmaker. “Alexandra was very honest with him and she showed no signs of losing control. »

The film has lost none of its relevance as, according to UNICEF, the February 24 invasion forced two-thirds of Ukrainian children to leave their homes, 2.2 million to flee abroad, that at least 260 have been killed and more than 5 million are in need of humanitarian aid. 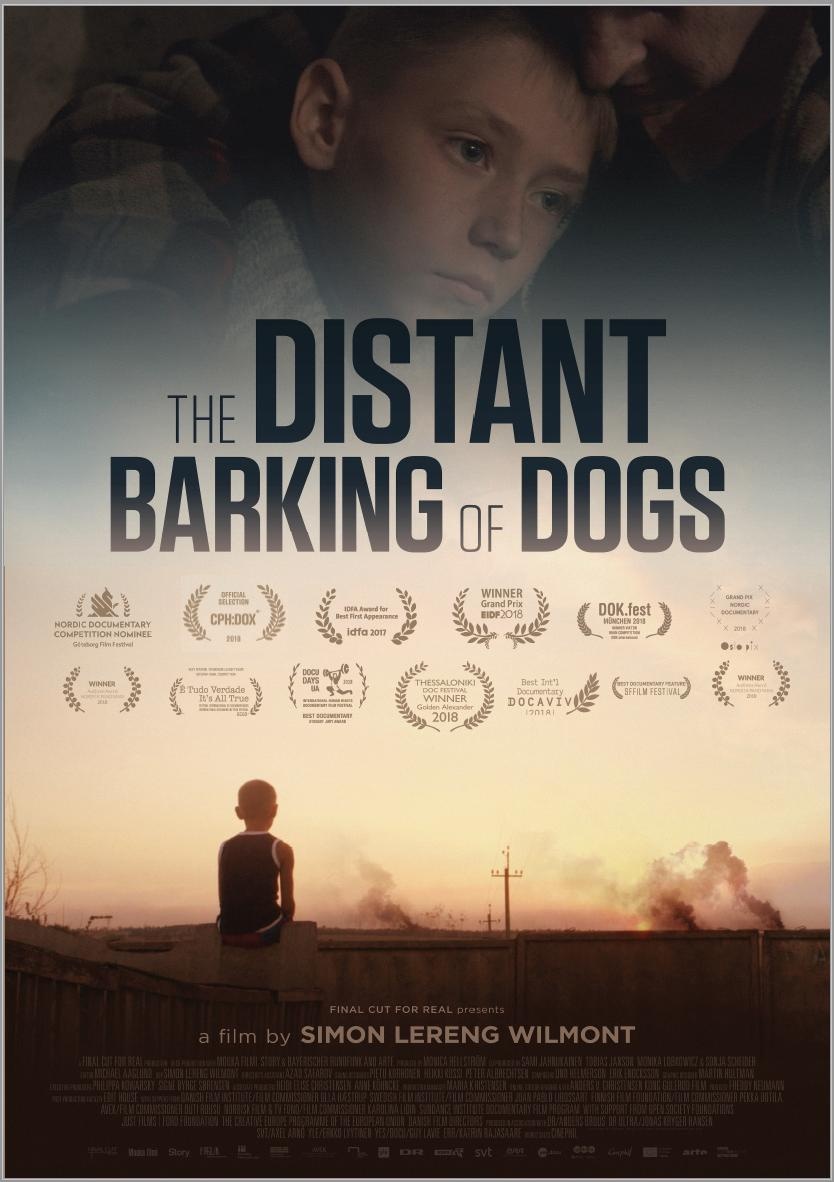 The Distant Barking of Dogs

Screening at the Under the Stars festival
Monday, July 11, 9 p.m.